CoolSculpting is a treatment trusted by hundreds of thousands of patients looking to remove fat bulges from specific areas across the body.

It is quick and non-invasive, with permanent fat removal results. Patients can typically resume an active life immediately after treatment. It is also a treatment that has its initial roots in an observation of children eating ice lollies. More on that later. In this blog, we run through everything you need to know about CoolSculpting, so you can decide whether this great treatment is right for you.

With more than 50,000 Coolsculpting treatments, 20 years’ experience, and a five-star reputation from more than 500 independent reviews on Trustpilot, it is fair to say that we know what we are talking about.

What is CoolSculpting – the basics

CoolSculpting, also known as fat freezing and cryolipolysis, is a non-invasive treatment to target fat across concentrated areas of the body.

It is a treatment that targets visible fat bulges that are typically hard to remove. Often a patient will have one or two areas of their body where they have stubborn pockets of unwanted fat that they want removing. As an example, this might be a double chin, or fat on the abdomen and flanks (love handles), or around the thighs, buttocks or arms.

Fat in these problem-prone areas often has cutesy-sounding names like mummy tummy, muffin tops or love handles. But to a person with excess body fat in these areas, the visible impact is often less cute. Poor self-image and low self-esteem are two concerns we often see. However, CoolSculpting can help tackle these issues by minimising fat pockets in a much less invasive way than surgical treatments like liposuction.

CoolSculpting works by freezing fat cells in the targeted area, hence why it is also commonly called fat freezing.

The treated cells then crystallise and shrivel once treated, before dying over the subsequent weeks. Your body will then dispose of the treated fat naturally.

The effects of CoolSculpting are long-lasting as the fat cells are removed for good. Compare this to exercising, where fat cells still remain in the body, but merely deflate.

Having said this, we do not mean to underplay the vital importance of exercise. We are just pointing out how effective CoolSculpting is at tackling fat bulges when compared to traditional fat removal techniques.

CoolSculpting and Weight Loss: Does it work?

If CoolSculpting is perfect for focusing on problem areas, what it is not suitable for is all-round weight loss. It should not be used as a standalone weight loss solution. CoolSculpting does not tackle weight, nor is it a way to fight obesity.

CoolSculpting cannot be used to tackle serious obesity issues. Instead, it is a treatment for people who are generally healthy but have a problem area or two where they really wish they could get rid of fat bulges effectively.

Why CoolSculpting is Popular

CoolSculpting is so popular because it is so straightforward. After an initial consultation and discussion of the treatment plan, it is simply a case of turning up, having the treatment, then going about your normal daily business. The fat cells will then die off before being flushed from your body over the next 12 to 24 weeks. This is when the body sculpting results will become visible as you enjoy a trim and more toned physique.

As with any treatment, the first step is a thorough consultation whereby your suitability for CoolSculpting will be assessed. Then, a bespoke treatment plan will be devised to highlight the fat reduction goals and expected results.

**If you would like to see if CoolSculpting is suitable for you, then you can book your initial CoolSculpting consultation here**

The CoolSculpting process itself is fast and generally pain free, with patients typically feeling only some minor discomfort while the fat freezing process takes place. A gel pad is applied to the area where fat is to be frozen and the CoolSculpting applicator is then applied. The treated area may feel slightly numb when the cooling process takes place, with patients feeling a firm pulling sensation on the treated fat. However, many patients simply read or check their phone during this time, while others watch TV or even fall asleep!

At The Cosmetic Skin Clinic, we routinely offer Dualsculpting which can perform two treatments simultaneously, thus halving a patient’s treatment time. Dualsculpting cannot be used in every case (like treating double chins for example). But it has the potential to cut body sculpting of two areas to just 35 minutes. The process is tried-and-tested, and is the only FDA-cleared non-surgical fat reduction (cryolipolysis) treatment available to date. Its safety and effectiveness have also been highlighted and verified by 52 published journal articles. More than 7 million CoolSculpting treatments have taken place worldwide. This is a testament to the treatment’s effectiveness and popularity.

Side Effects of CoolSculpting Fat Freezing

There are a few conditions which would rule a prospective patient out from being a CoolSculpting candidate. Examples are cryoglobulinaemia, cold agglutinin disease or paroxysmal cold haemoglobinuria for instance. We recommend that you seek out a detailed consultation with us first to check and confirm your suitability.

A one-off CoolSculpting treatment can potentially reduce the number of fat cells in a treated area by 27% after six months. Some patients have a number of additional treatments with us across different areas of the body to maximise results and achieve the ultimate ‘wow’ factor.

As with any popular fat-fighting technology, there is a danger of cheap alternatives hitting the market. This has unfortunately happened with CoolSculpting, so wary when choosing your clinic.

If you are considering this treatment, make sure you check that you are receiving it from a genuine CoolSculpting practitioner. Look at the reviews of your clinic’s treatment, check how many treatments the clinic has undertaken and verify the evidence. If you have any doubts, you can check with Allergen, the owners of the technology, as they keep full records of how many treatments each centre has undertaken. You can trust our services as we are fully registered with them.

If a treatment stands out because it is far cheaper than reputable and experienced clinics like ours, then use your common sense and avoid taking part in it. 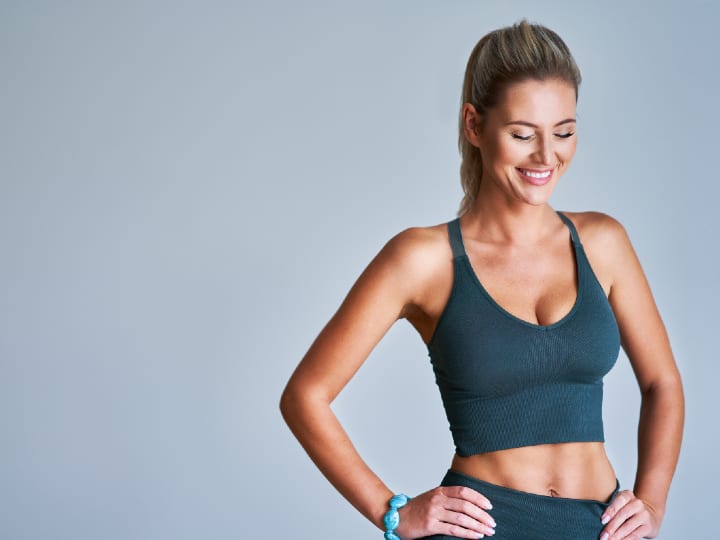 How Much Does CoolSculpting Cost?

At The Cosmetic Skin Clinic, our prices start from £480 for one treatment. Package fees are available on request. Please get in touch with us today for further information or to arrange a consultation.

What About Ice Lollies?

Good memory – we mentioned how ice lollies played a part in the development of fat freezing technology early in this article. Years ago, Harvard University scientists noticed that some children get dimples in their cheeks when eating ice lollies. Dieter Manstein, MD and R. Rox Anderson, MD took this observation to work on a hypothesis that ice could selectively damage small pockets of fat cells.

They developed the idea and proved that cold temperatures can target fat cells without damaging the skin or the surrounding tissue; cryolipolysis, the science on which CoolSculpting is based, was born after this amazing observation.

If you have any queries about CoolSculpting or would like to arrange a consultation at one of our clinics, then get in touch with our friendly and experienced team. We also offer CoolSculpting Elite, the next-generation fat freezing system that allows patients to treat a greater surface area of fat in just one single session. Contact our clinics directly to find out more, or visit our dedicated CoolSculpting Elite page.

The internationally renowned Cosmetic Skin Clinic has its designated CoolSculpting body contouring centres in London and Buckinghamshire – fill out our Contact Form now to get in touch. We look forward to welcoming you at one of our clinics.

Home » CoolSculpting® » What Is Coolsculpting?