February is the month when we are bombarded with a plethora of ‘hearts & flowers’ themed displays at every turn. So why is it that lips play such an important role in this most-romantic of months?

Arguably, the mouth is the most sensual feature on our face, generally associating it with kissing (and with eating/speaking, of course!) Interestingly, this tradition didn’t arrive on European shores until the conquests in the 1500s. According to Dr. Bryant, professor of anthropology at Texas A&M University, kissing was mainly restricted to Southeast Asia until then.

So, what do we find attractive about lips?

This has changed dramatically through the centuries. From symmetry in Ancient Greece, where they favoured the Cupid’s Bow with corners gently upturned and more square bottom lips. To Chinese women in the Ming dynasty, who were expected to have dainty, tiny mouths. Fast-forward to the 1700s where we see what we would view as more of a modern shape. Although not as prominent and intense as the current fashion, lips became fuller and pinker.

The early 20th Century saw a rise in popularity of the ‘Flapper Girl’ lips –  with a huge Cupid’s Bow and tiny lower lip. In the 1960’s volume was back again and it seemed that larger lips were here to stay. Brigitte Bardot was certainly an icon of the time with her famous pout. This continued into the 80s/90s where the predilection also seemed to be for lots of teeth and lips (like Julia Roberts/Cindy Crawford)!

This trend has continued and then some, with lips getting bigger and more prominent, with some still favouring the ‘trout pout’! More recently, however, we have also seen a shift to more natural-looking lips, not over-done or over-filled.  *Lips fillers today, such as Juvederm, are made of biodegradable hyaluronic acid and give the most natural, long lasting results. 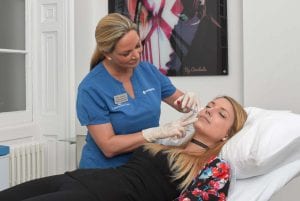 Lips and their shape have been scrutinised over the years, purporting to give us insights into relationships and personality traits. Whether you believe in this type of research or take it with a pinch of salt, it still makes for light-hearted reading. And it may also have you looking at your friends and colleagues in a whole new way!

According to a recent Cosmopolitan article, those women with naturally full top and bottom lips are likely to have a strong maternal instinct and are caring and sensitive. They tend to put other people first and enjoy having a good circle of friends and relationships. Whilst those with thin top and bottom lips  are associated with people who are more serious and less emotional. And although they may be seen as loners, can still have meaningful relationships with those close to them. Chinese face reading also backs up this analysis by suggesting that mouth and lip shape dictate whether we are ruled by our heads (narrow mouths) or our hearts (wide mouths).

What we find attractive in a mouth varies dramatically from men to women, as you would expect. And whilst a huge cliché, a study at Manchester University showed that men found a woman’s lips the most attractive part of her body. The attractiveness level increased further if she was wearing red lipstick!

Whatever the shape, size or colour of your lips, they are unique. So, love them, embrace them and maybe use this month to indulge in a bit of ‘puckering up’! 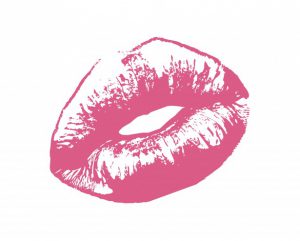