In The Daily Mail, Radio 4 presenter, Jenni Murray, speaks openly about her CoolSculpting treatment with long term results to reduce the fat on her double chin.

After battling with her weight for years, Jenni underwent weight-loss surgery in order to achieve a more manageable and healthy size. To her horror, this fast-track weight loss approach left her with sagging skin around her face and neck creating multiple chins.

“On bad days I had quadruple chins!”

Prior to her CoolSculpting treatment with The Cosmetic Skin Clinic, Jenni was “deeply resistant to have any form of invasive anti-ageing treatment”. However, having always allowed her more plump figure to disguise her ageing face, becoming accustomed to a more gaunt, saggy look around her lower face was not something that she was willing to settle for.

After researching her options she came across CoolSculpting fat freezing, which promised to not only reduce up to 27% of fat cells in the treated area, but to tighten loose skin in the process. A now fully clued up Jenni decided to call on Magda, The Cosmetic Skin Clinic’s very own CoolSculpting queen, to book her CoolSculpting consultation and treatment at our London clinic, 1 Upper Wimpole Street.

Magda, who Jenni credited as being “both beautiful and very reassuring”, recommended the treatment CoolMini  in order to tackle the multiple chins that she was left with following her weight-loss surgery. This involved treating the left, right and centre of the chin.  Having been a little uncertain at first, Magda’s “calming and soothing manner”, along with a post-lunch nap, made the time fly by with an anxious Jenni said to have been keen to see the results.

“Eight weeks after the treatment, I went to see Magda for a review. The expression on her face when she saw me for the first time said it all, and we both squealed in delight. 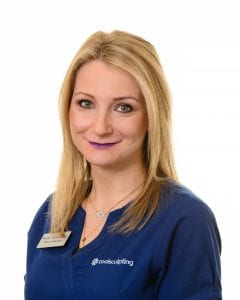 The difference was significant, with many of Jenni’s friends and colleagues asking what “special exercises” she had been doing as her double chins “seem to be smaller”. With a new air of confidence and a more taught and defined lower face, Jenni has talked about adding Magda to her little black book of beauty experts for making her “less afraid of looking at her own reflection”.

For more information about CoolSculpting call 01753 646 660 to book your complimentary consultation with one of our dedicated CoolSculpting practitioners, Magda or Ria.